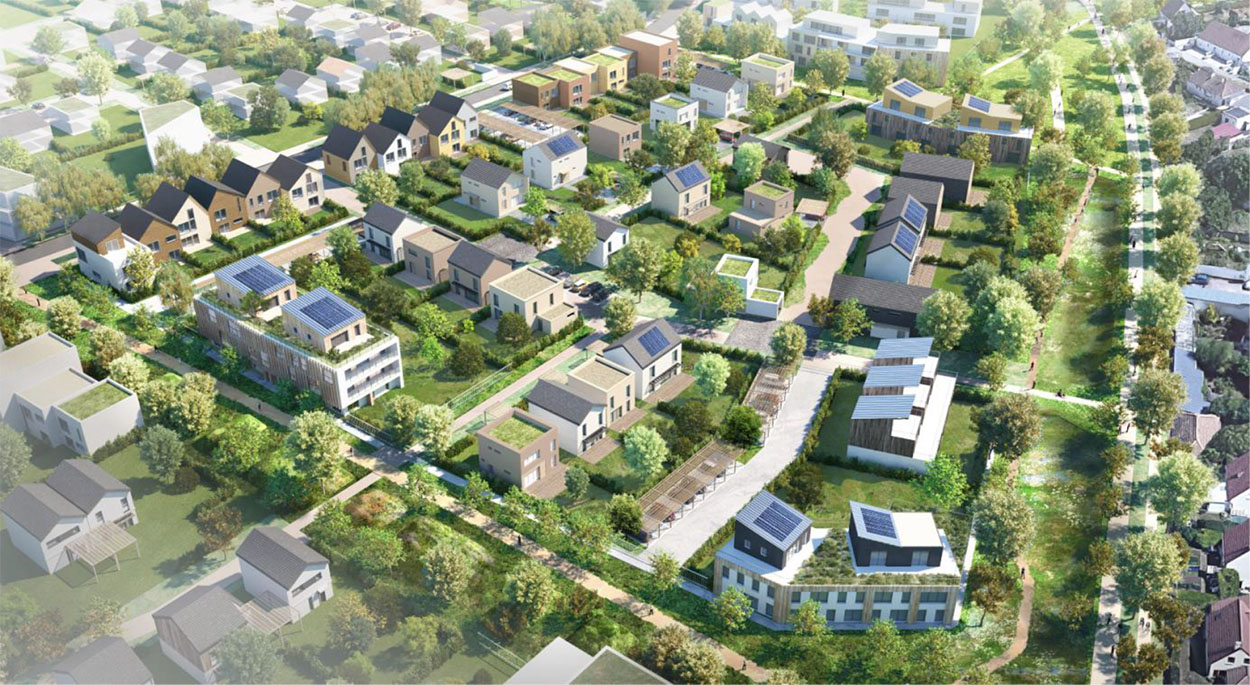 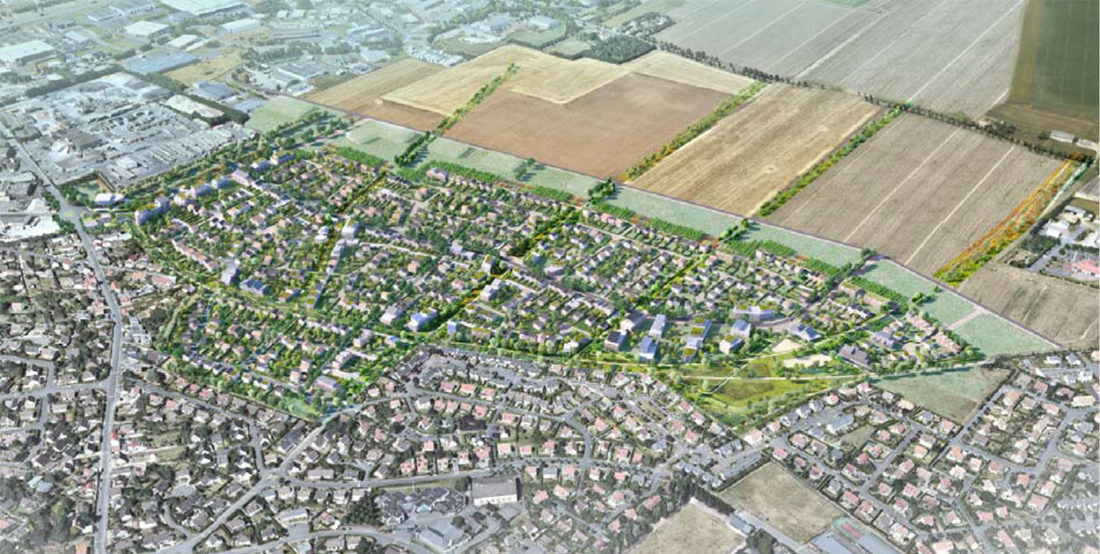 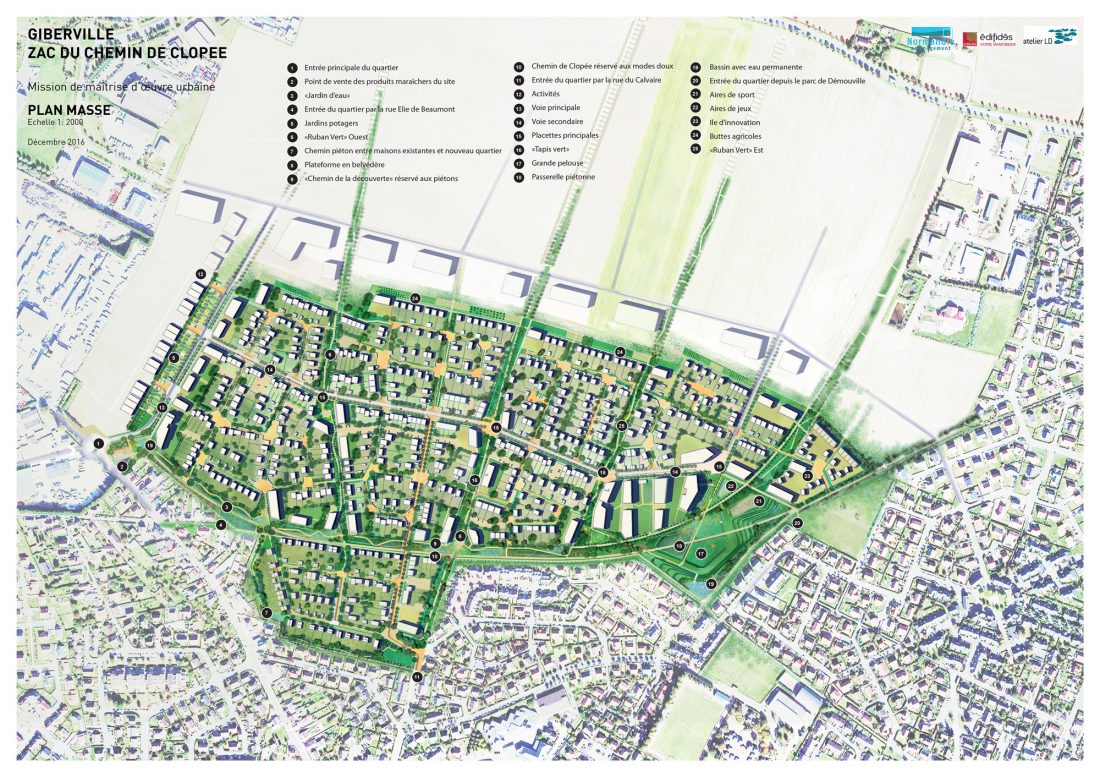 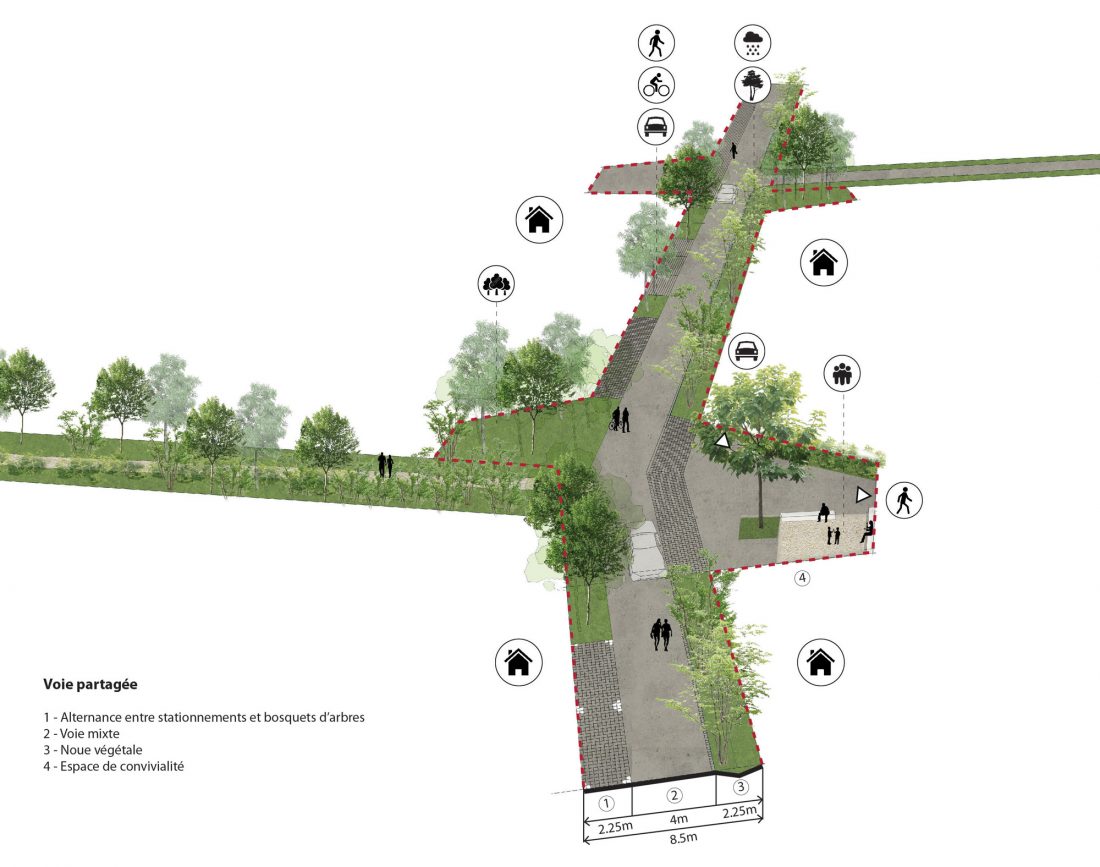 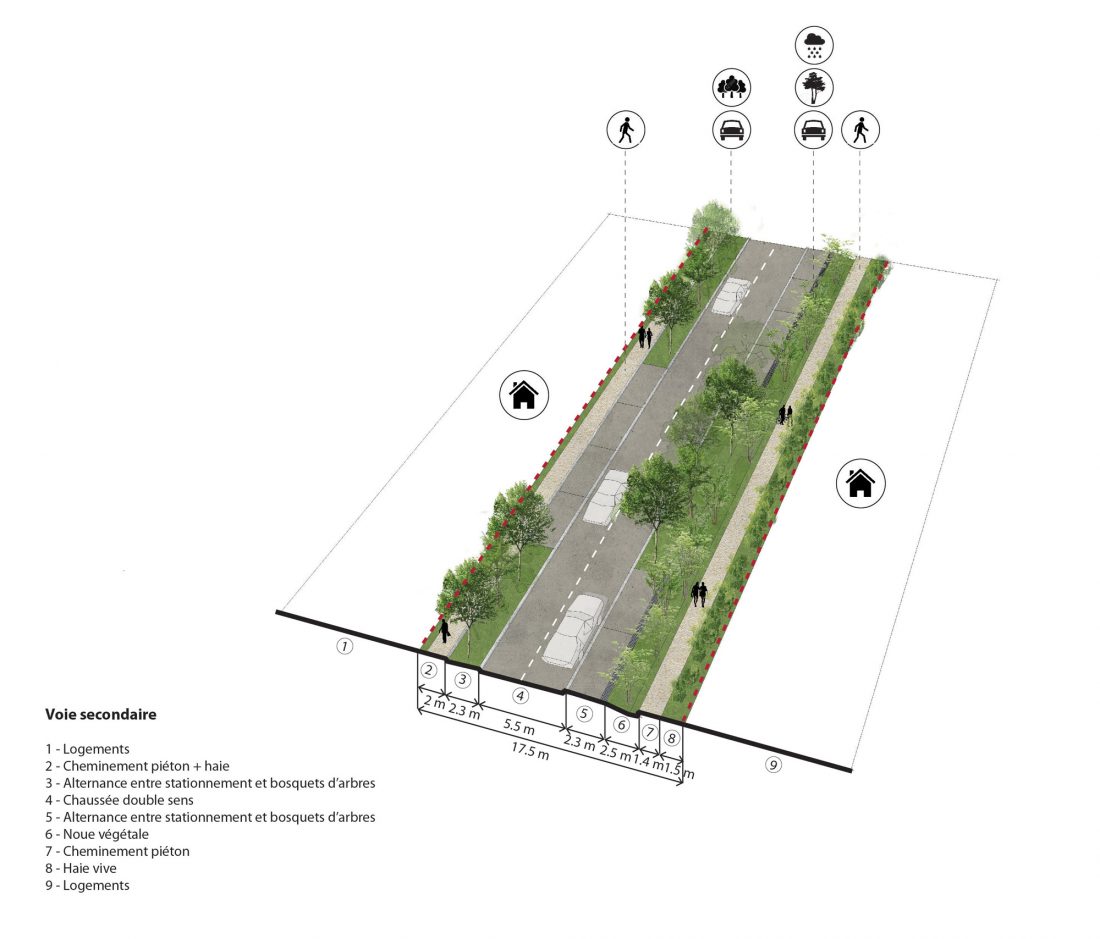 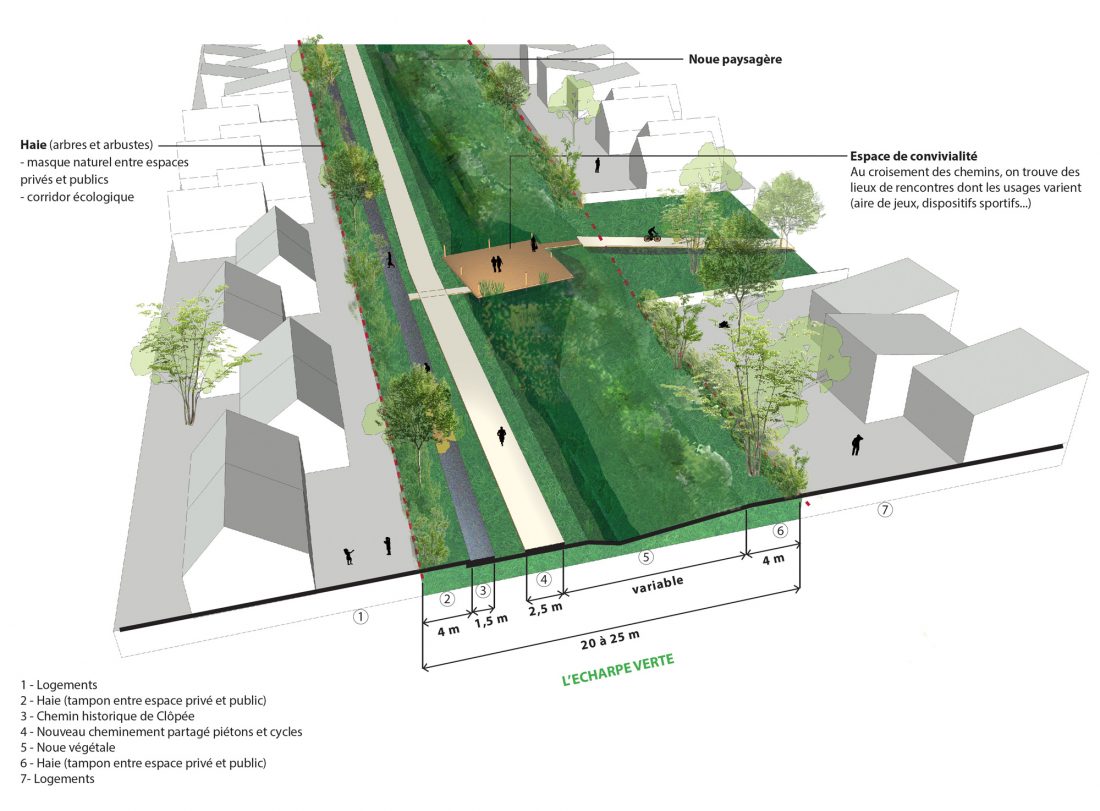 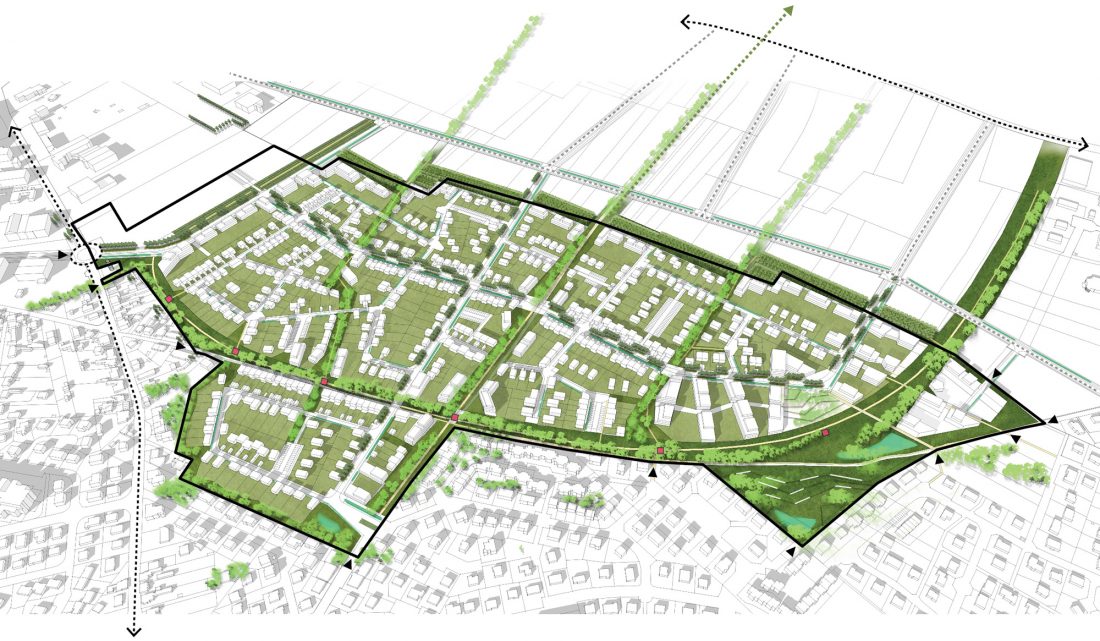 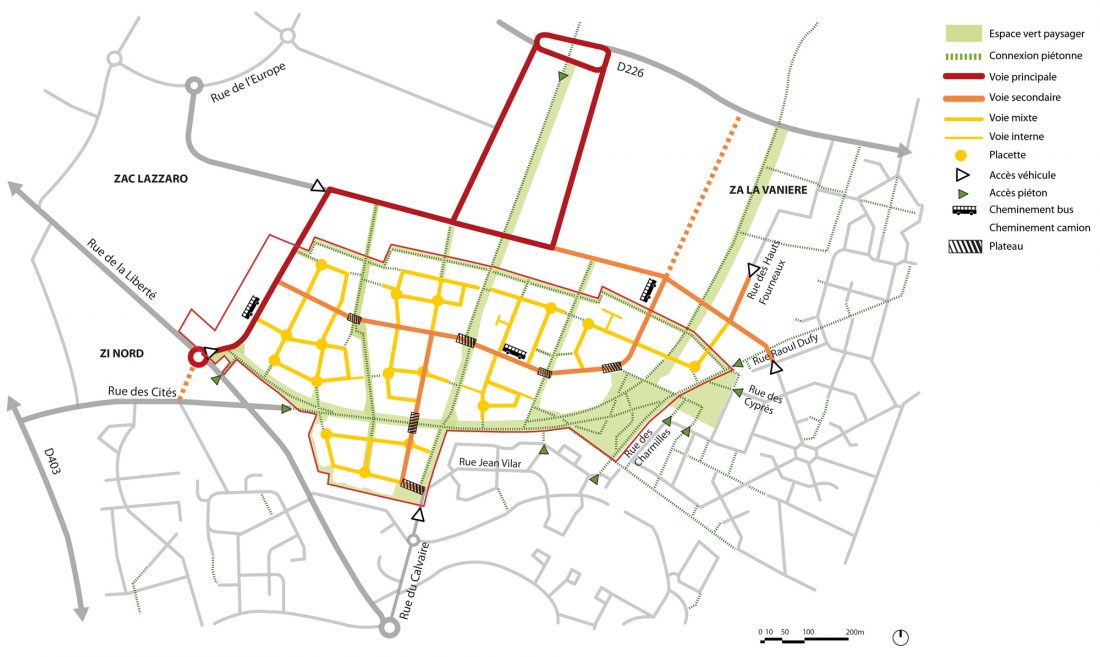 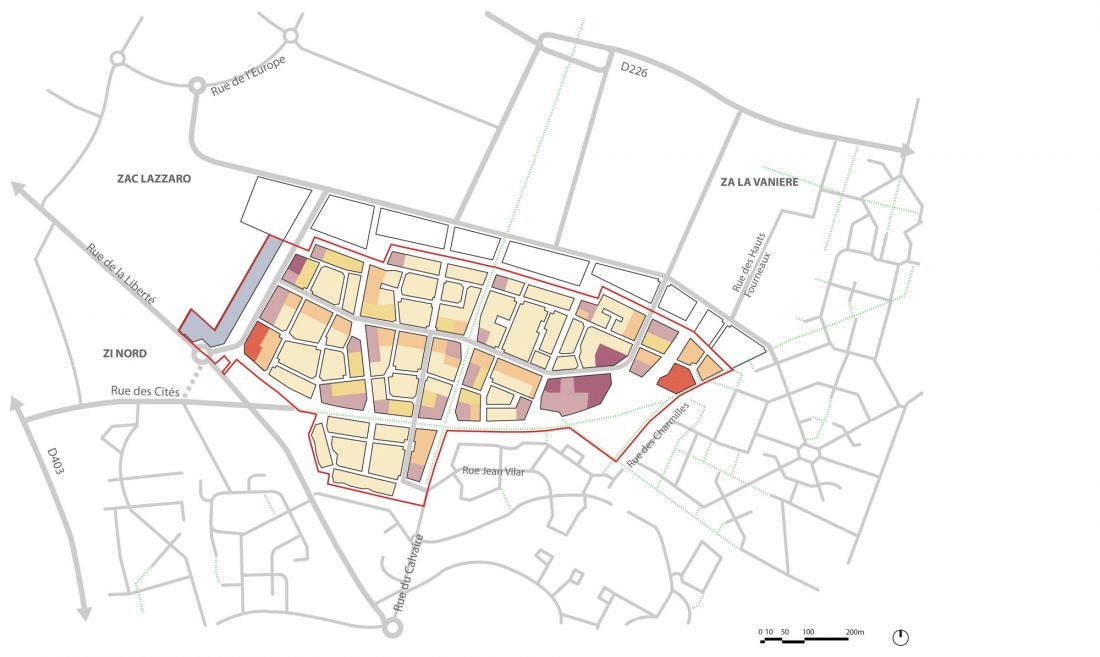 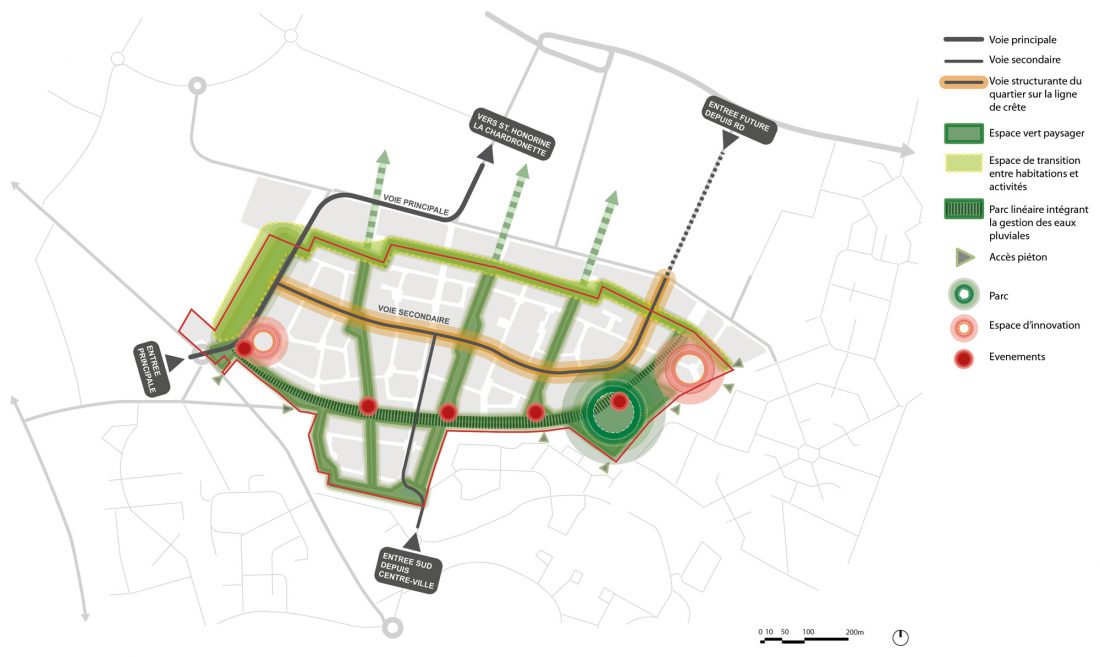 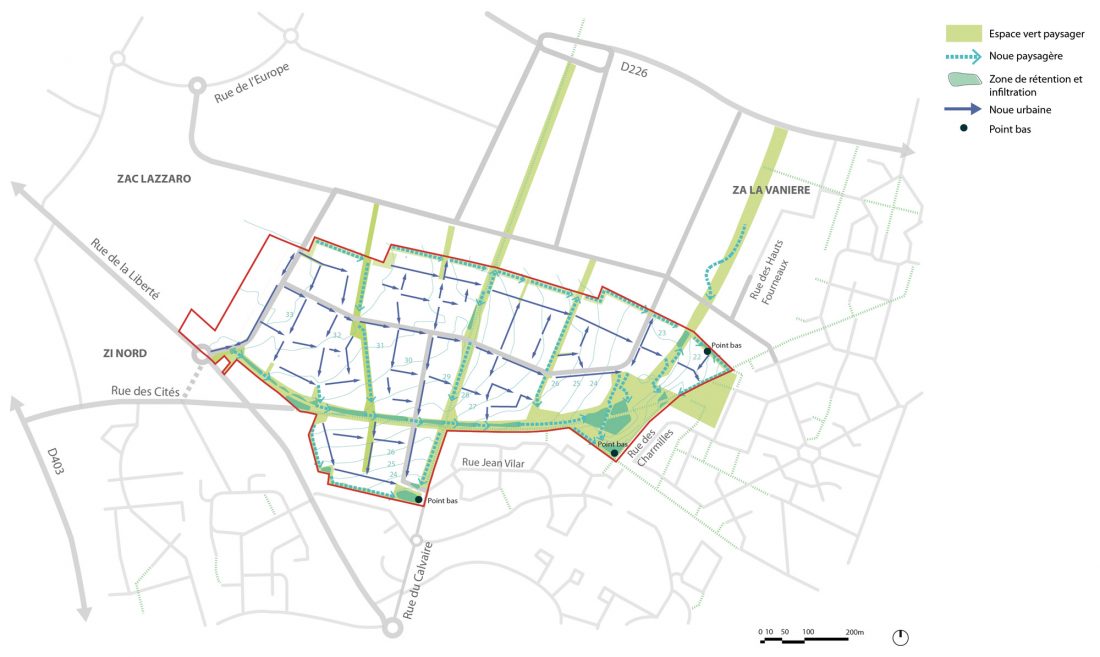 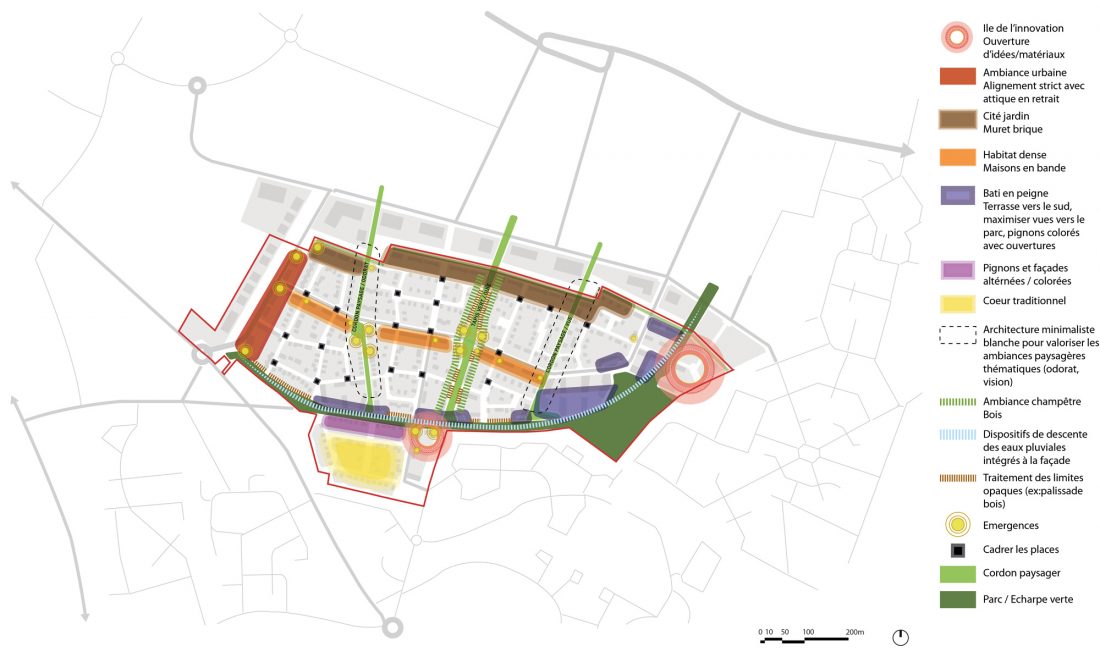 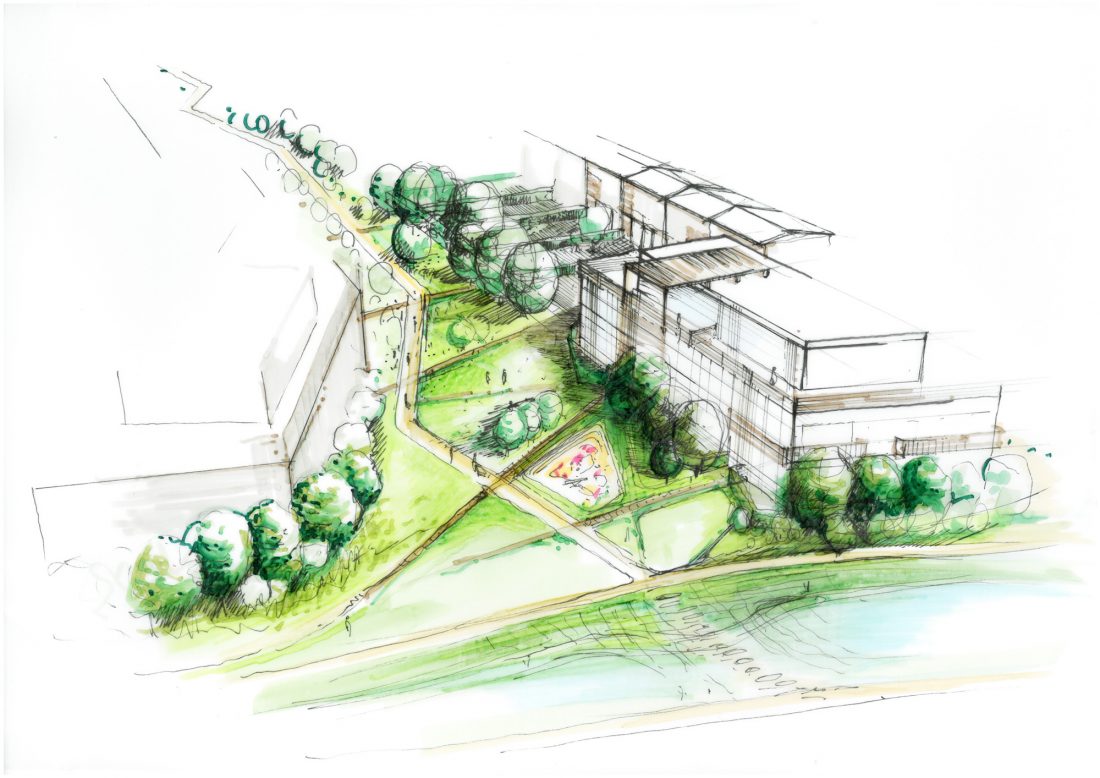 The Chemin du Clopée ZAC is a joint project led by the municipality of Giberville and, given its strategic location, backed by all the neighbouring municipalities.

The types of architecture vary according to the context, and to the different ambiences envisioned for the future neighbourhood. Around the park, the buildings arranged in a comb shape create visual outlooks across the lots. The key access routes are lined mainly with densely built townhouses, and intermediary housing marks the angles of the residential streets to form micro-centres, giving structure to certain public spaces.

Apart from a road circumventing the housing sector, the neighbourhood is served by a  network of shared, soft routes, resulting in a peaceful place where soft modes of transport (walking / cycling) take precedence for short journeys.

The various parks and gardens aim to take nature to the heart of the housing. The two existing rural paths – renamed “the green carpet” and “the green ribbon” – have been conserved and transformed into major unifying landscape elements. Each of the five linear parks that make up the green belt draws its identity from one of the five senses: taste, smell, sight, touch and hearing. The five senses concept is a theme which can be found in all the elements of the project’s public realm, and enables the composition of landmark public spaces with their own identity, as well as reinforcing the idea of ownership of the different neighbourhoods by their inhabitants.

Innovation plays a key role in the development. In the centre of the park and “the green ribbon”, an “island” of approximately 6,000m2 has been set aside for a flagship environmental project in the area of sustainable development – and for the application of innovative construction techniques.

Urban development of an area with 1,000 dwellings plus public spaces